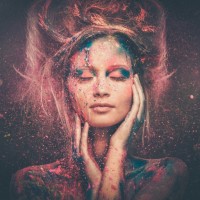 Are you actually living your dream?

Or are you one of those many people whose answer to this question contains something like “I’d love to…, but…”?
Because, after all, it’s all just airy-fairy daydreams. Right?!

When talking to a friend last weekend he happened to bring up that familiar and somewhat corny quote everybody has probably heard at least a thousand times and yet so few seem to be acting out. Which goes:

“Don’t dream your life, but live your dream!”

And I asked him the same question I am asking you now and which, in fact I’ve been asking myself over and over again.

Are YOU living your dream?

In my life I have encountered so many people who seem to have settled for less than they would actually want. And who seem anything but happy, at least to me.

I’ve been wondering what keeps all these people from pursuing the goals they once had, and forget about the dreams they have been dreaming all along. And it has even made me angry, because I see so much potential wasted in this world by people’s rather playing it safe than stepping outside of the live outlined for them.

And of course I know what keeps them.

Replace “city” with whatever you like: my friends, my partner, my boss, society…
But how real is this threat, really? And which is our part in its being present at all?

Like many others, I want to live my dream, to live a life that means something. I really do.

For a couple of months now I have been taking steps in a direction as to move closer to that life. Which was fine as long as the goal was lingering somewhere far ahead, hardly assuming a definite form.
However, since everything seems to be working out better than I had ever imagined it has been dawning on me that, with every step I take towards my goal, I am moving closer to the point where I will have to take that next big step into uncharted waters and move way out of my comfort zone. While, at the same time leaving safe and familiar ground behind.
And to be honest: it scares the hell out of me. I am still not entirely sure if I will take that big step eventually. In fact, I have caught myself several times considering less adventurous options which would imply at least some of the safety I have now. And which, of course, are far less exciting.
For the time being I have solved this problem by pushing all fears aside and focusing on one step at a time. Hoping that I will know what to do when the time has come to make that decision.
Still, already now I have the dim feeling that, after all that has already happened, going back would mean paying a high price. Which doesn’t really help with the fear.

Have you settled for living the life that has been laid out for you?

Or are you one of those who are already living the life of their dreams?

And what is really going to happen if we decide to step out of the well-trodden path?

Come around if you’re feeling frightened
I can see that the noose is tightening fast
Way too fast, way too fast…

…..this could have been it. Had not this one song come to my attention just today, right before I wanted to hit the publish button. You could almost think it was meant as an answer to what I had writen earlier…

…but the world keeps spinning around.