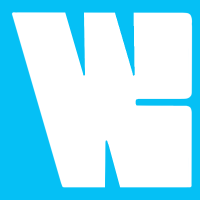 I’ve been swimming in a sea of anarchy
I’ve been living on coffee and nicotine
I’ve been wondering if all the things I’ve seen
Were ever real, were ever really happening?

Apart from the nicotine, this pretty much sums up what has been going on in the past days. And is still going on. Which is somehow thrilling. And at the same time frightening.

It seems as if my life and me, somehow, have started moving again. And I am still not sure in which direction. But maybe, this is how it is supposed to be.

After Macklemore had saved me on that disastrous Lollapalooza Saturday I could literally watch things improve. On the following Sunday, everything was better organized, including me and my best friend, whom I had also failed to find the day before. We stuck together throughout the whole day and had a blast listening and jumping and dancing to the beat of our favourite bands. And I found it to be true that sometimes, all you need is that one friend. At the end of the day, I left the festival with my hope being restored – still without the slightest idea as to which step to take next, but curious about what life would bring me.

In this mood, I returned back to work and I managed to keep it up even though I did not seem to succeed in making any significant move. It was also during this time that one morning I listened to that familiar song on the radio and suddenly found something resonating inside of me.

Still feeling drawn between so many things that I wanted to do I felt unable to select and focus on just one of them. Which stopped me from making any move whatsoever. In this state of indecision I decided to for once decide on nothing at all and let fate, or life, or whatever you might want to call it, take over instead.

Ever since then I could not stop wondering about this one question: Is it true that, to achieve a meaningful life, you have to find out what makes you happy and then focus on this single thing with all your might until you finally succeed?  – An idea which I have encountered over and over again following all these motivational speakers and inspiring personalities I so admire.

Or is it better to let go and follow the voice of your intuition to wherever it may take you, without any predefined goal, and with both heart and mind wide open for whatever influences might hit you? And to thus take the alluring advice of that song?

Jump in, let’s go
Lay back, enjoy the show
Everybody gets high, everybody gets low
These are the days when anything goes

Without thinking much, and for the first time completely ignoring my inner critic going berserk time and again, I somehow ended up following the second approach and dived right into life without any obvious purpose whatsoever. I connected with friends, hosted people from all over the world, made even more friends, started reading books again, was at times addicted to all sorts of social media (there are so many of them!), experienced both loneliness and the happiest moments, found my passion in writing and found even more pleasure in singing … all that happening at the same time.

And all along, this song by Shery Crow accompanied me, seemingly supporting me in my choice, or rather, non-choice.

I still have not found the answer to my question. I have the feeling, though, that maybe, both alternatives are somehow right. Maybe there is a time for each of them. Recently, there have been first signs that my letting go and my openness might not have been the worst decision. And that I might be on the brink of new, promising developments.

So maybe, hopefully, I have chosen the right path, and I am curious to find out where it will lead me.

One thought on “A little bit closer to feeling fine”